Starting a business is no easy feat, and the journey to success is often fraught with challenges and obstacles. But despite the difficulties, many successful entrepreneurs have persevered and achieved great success.

In this blog post, we will take a look at the inspiring personal stories of nine successful entrepreneurs and how they were able to overcome the odds to achieve their dreams.

The first entrepreneur on our list is Elon Musk. Born in South Africa, Musk faced a difficult childhood and was bullied at school. But despite these challenges, he was determined to succeed and pursued his dreams with relentless determination. After studying physics and economics at the University of Pennsylvania, Musk moved to California to pursue a career in technology.

Musk’s first major success came in 1995 when he co-founded the web software company Zip2. The company was eventually sold to Compaq for over $300 million, giving Musk the financial freedom to pursue his next venture. In 1999, Musk co-founded X.com, an online payment company that would eventually become PayPal. In 2002, eBay acquired PayPal for $1.5 billion, making Musk a billionaire at the age of 31.

But Musk’s success didn’t end there. In 2004, he founded SpaceX, a company that is now at the forefront of the commercial space industry. And in 2006, Musk founded Tesla, Inc., which has revolutionized the electric vehicle market. Today, Musk is one of the most successful entrepreneurs in the world, with a net worth of over $200 billion.

In 2022, he acquired the microblogging and social networking service, Twitter for $44 billion.

Another successful entrepreneur on our list is Bill Gates. Born in Seattle, Washington, Gates was a computer prodigy from a young age. In 1975, at the age of 19, he co-founded Microsoft with his childhood friend Paul Allen. At the time, personal computers were just starting to become popular, and Microsoft quickly became the dominant player in the market.

Gates’ success with Microsoft made him one of the wealthiest men in the world. In the late 1980s and early 1990s, Microsoft’s success was unmatched, and Gates’ net worth soared. In 1995, he was named the richest person in the world by Forbes. But Gates didn’t rest on his laurels and continued to push Microsoft to innovate and stay ahead of the competition.

In recent years, Gates has shifted his focus to philanthropy, and has donated billions of dollars to charitable causes through the Bill & Melinda Gates Foundation. Despite stepping down as Microsoft’s CEO in 2000, Gates remains one of the most successful and influential entrepreneurs in the world.

Another inspiring entrepreneur on our list is Sara Blakely. Born in Clearwater, Florida, Blakely struggled with her weight and self-confidence as a teenager. After graduating from college, she worked as a door-to-door fax machine salesperson and was often rejected by potential customers. But Blakely didn’t let these setbacks discourage her, and she continued to pursue her dreams.

In 1998, Blakely came up with the idea for Spanx, a line of body-shaping undergarments for women. She spent the next few years developing the product and building her business. In 2000, Blakely quit her sales job and focused full-time on Spanx. The company took off, and by 2012, it had become a multi-million dollar business.

Her success has inspired many other women to pursue their dreams and start their own businesses. Despite her incredible success, Blakely remains humble and down-to-earth and continues to work hard to grow her business and help other women succeed.

Sara was recognized as one of Time Magazine’s 100 Most Influential People in the World in 2012 and was featured on the cover of Forbes Magazine as the youngest self-made billionaire.

Another entrepreneur on our list is Tim Cook. Born in Mobile, Alabama, Cook grew up in a small town and attended Auburn University, where he studied industrial engineering. After college, Cook worked for IBM and Compaq before joining Apple in 1998.

At Apple, Cook quickly rose through the ranks and became a key member of the company’s leadership team. In 2011, he was named CEO of Apple after the resignation of Steve Jobs. Since then, Cook has led Apple to even greater success, and the company is now one of the most valuable and successful companies in the world.

Under Cook’s leadership, Apple has continued to innovate and release new products, including the iPhone, iPad, and Apple Watch. Cook has also focused on making Apple a more socially responsible company and has implemented policies to improve the company’s environmental impact and support diversity and inclusion.

Another successful entrepreneur on our list is Mark Zuckerberg. Born in White Plains, New York, Zuckerberg showed an early interest in computers and technology. In 2004, while attending Harvard University, he co-founded Facebook with a group of fellow students.

At first, Facebook was just a way for college students to connect with each other, but it quickly grew in popularity and expanded to other colleges and universities. In 2006, Facebook was opened to everyone over the age of 13, and the company continued to grow at an impressive rate. Today, Facebook is one of the largest and most successful companies in the world, with over 2.9 billion users.

Despite his incredible success, Zuckerberg remains humble and focused on improving the world through technology. In recent years, he has focused on using Facebook to connect people and promote positive social change.

Another inspiring entrepreneur on our list is Richard Branson. Born in England, Branson struggled with dyslexia as a child and struggled in school. Despite these challenges, he was determined to succeed and started his first business at the age of 16.

Branson is known for his adventurous spirit and his willingness to take risks. He has set numerous world records, including crossing the Atlantic Ocean in a hot air balloon. Despite his success, Branson remains humble and focused on using his business to make a positive impact on the world.

Another successful entrepreneur on our list is Oprah Winfrey. Born in rural Mississippi, Winfrey grew up in poverty and faced many challenges, including sexual abuse and discrimination. But despite these hardships, she was determined to succeed and worked hard to achieve her dreams.

In 1986, Winfrey became the host of her own television show, The Oprah Winfrey Show. The show quickly became a hit, and Winfrey became one of the most famous and influential people in the world. In addition to her television career, Winfrey has also founded her own production company, Harpo Productions, and has launched a successful magazine and a book club.

Despite her incredible success, Winfrey remains humble and focused on giving back to others. She has donated millions of dollars to charitable causes and has used her platform to promote positive social change.

Currently, Oprah is worth $2.5 billion according to Forbes.

The final entrepreneur on our list is Walt Disney. Born in Chicago, Disney showed an early interest in drawing and animation. In 1923, he co-founded the Walt Disney Company with his brother Roy.

Disney’s first major success was the creation of Mickey Mouse, a character that quickly became a cultural icon. Disney continued to innovate and create new characters and stories, and the company grew rapidly. Today, the Walt Disney Company is one of the largest and most successful entertainment companies in the world.

Despite his many accomplishments, Disney faced many challenges and setbacks throughout his career. In the early years of his company, Disney faced financial difficulties and had to overcome competition from other studios. But he persevered, and his hard work and determination helped him create a lasting legacy that continues to inspire people around the world.

These nine entrepreneurs are just a few examples of people who have overcome challenges and achieved great success. Their stories are inspiring and remind us that anything is possible with hard work and determination. Whether you’re just starting out as an entrepreneur or are looking for inspiration to take your business to the next level, these stories are a reminder that success is possible if you are willing to work for it. 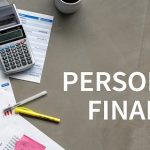 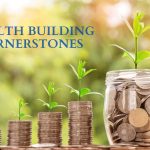 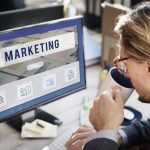 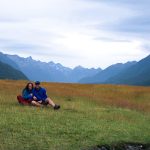